The Dunstan Group partnered with YBLA founders John and Tammy Martin to help dress Hidden Valley students for success, with a donation of 150 collared uniform shirts. Hidden Valley is a uniform school, and shares YBLA’s mission of high expectations for students as future leaders. Among the expectations for Hidden Valley students are to say, “yes, sir,” or, “no, sir,” (or ma’am), to make eye contact, and to show respect with positive gestures. Similarly, YBLA’s leadership programs develop young African Americans into leaders for today and tomorrow, simultaneously preparing them for college and careers while encouraging them to mentor younger students.

The Dunstan Group was enthusiastic about helping two organizations with such community-minded missions. The company also provided YBLA with 500 string bags with the YBLA logo to give to the students for the MLK Day of Service.

“We’ve worked hard for many years to define our uniqueness in the marketplace, and we’re finding it in the service of others,” said The Dunstan Group President, Scott Dunstan. “This partnership represents one more way we’re accomplishing our community involvement goals, which is so important to us.”

And they’re in good company, too. YBLA leaders met with recently-retired Carolina Panthers defensive end Julius Peppers, about his support of YBLA. Peppers is donating a portion of the proceeds from his Sneaker Charity Ball to the YBLA. 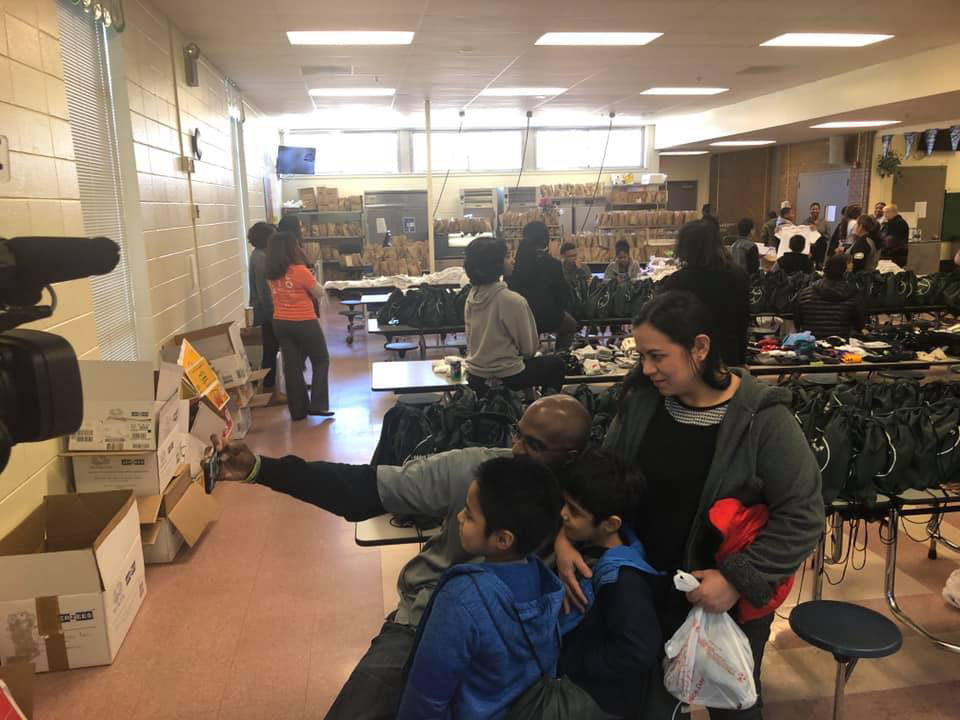 “We are so grateful for his support!” said YBLA about meeting Julius Peppers and his generous donation.

And although the team at The Dunstan Group doesn’t run or tackle like Peppers, they are always ready to answer the call for the community. YBLA founders John and Tammy Martin are big fans of the Dunstan Group and cheered its donations to their MLK Day of Service.

“Scott Dunstan and the wonderful team at The Dunstan Group have been a tremendous blessing to YBLA,” said the Martins. “From the very first encounter with Scott and his team, our experience has been nothing shy of receiving kind-heartedness, professionalism, and a true commitment to the Charlotte community.”

The Martins point out the long history of community service by both the Dunstan Group and YBLA.

“As a non-profit organization in Charlotte for 13 years, we can honestly say The Dunstan Group has been instrumental in lowering our cost on merchandise and has helped push our mission forward of building leaders by donating uniforms and negotiating a lower rate for drawstring bags to our biggest community service project on MLK Day. Aside from that, Dunstan has been wonderful to work with in designing and selecting merchandise; waiving fees, and making sure we received merchandise on time even if it meant personally delivering a package to our house,” added the Martins.

Now that’s service!  “Overall, The Dunstan Group is and will continue to be a strong partner for YBLA and many other businesses in the Charlotte community!”

Want to know more about the Martins and the Young Black Leadership Alliance? Listen in on this episode of the award-wining Brandbuilders Podcast!