Right now, fundraising is harder than ever. Between restrictions limiting the size of in-person events, to uncertainties about the economy, there are plenty of obstacles between nonprofits, sponsors, and donors. Creative nonprofits have turned to online pitches or virtual events to raise money and awareness. Branded merchandise from The Dunstan Group has helped them make that pivot.

“We want to help our friends and clients do good and keep businesses connected with their audiences even when we can’t gather in the pandemic environment.,” says The Dunstan Group Founder and President Scott Dunstan. “We knew we would need a unique approach that would require creativity.” Not a problem! The Dunstan Group has a track record of turning creative ideas into branded apparel and merchandise that gets results.

For nonprofits trying to continue their missions during such an unusual time, an extra dose of care and creativity is needed – since the clients ranged from a large, well-known event to the youngest of our neighbors, 12-year-old Emma Lyberg.

Emma needed to raise money for her Silver Award Project for Girl Scouts – similar to the merit progression for a Boy Scout Eagle Award. Part of the requirement is to create a community service project, and Emma chose to build two Little Free Libraries – one for her neighborhood, and one for the Camp Greene neighborhood in west Charlotte. But she also needed to raise money for it.

“Due to COVID-19 restrictions, most of the typical Girl Scout fundraisers were off the table, so Emma had to get creative,” says her dad, Basil Lyberg. “She landed on the T-shirt idea after coming across the ‘Bookmarks are for Quitters’ idea on Pinterest.” Emma made a pitch on Facebook and sold 126 shirts, but realized her original plan for making the shirts wouldn’t work. The Lybergs turned to The Dunstan Group to get it done right.

“MacLean (at The Dunstan Group) was so fast with the info and had several options for us in short order,” says Basil. “We went through our different options to hit the price point we needed so Emma could make sure she was able to meet her goal.” And did she ever! Emma raised $2,200 – enough to build both libraries and stock them with books, as well as provide books to other Little Free Libraries throughout the community. 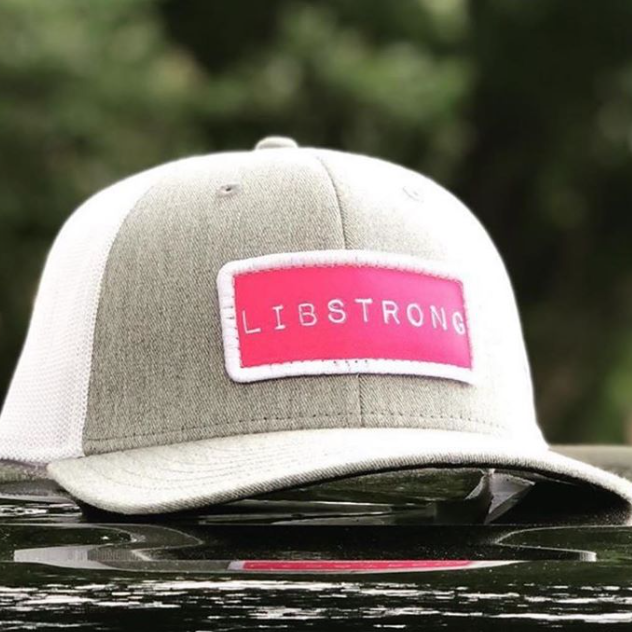 Fundraising support for community organizations and nonprofits has always been a core part of The Dunstan Group mission. To Dunstan, being in business carries the responsibility of being a positive part of the community. He and the company have been a part of some efforts, like the 24 Hours of Booty, since the beginning. In addition to fundraising incentives for the 24 Foundation’s virtual “UnLooped” ride this year, The Dunstan Group also supported the team led by Scott’s close friend, Josh Jones. Jones rides every year for Team LIBstrong, named after his daughter Libby who died of Leukemia at the age of 3.

For Josh and Team LIBstrong, The Dunstan Group created an ordering link and posted a custom trucker hat with the pink LIBstrong logo on its social channels. “We orchestrated the link to sell the caps to their network and generated lots of buzz around it,” says Dunstan. Unlike in-person events, the link and hats were able to reach out-of-town customers, helping Jones and Team LIBstrong make up for donations they would usually collect with their in-person events.

Claire’s Army also tuned-in to The Dunstan Group’s creativity. The group is named for Claire Ratliff, another of cancer’s youngest victims. Her parents and their support group created Claire’s Army to help families whose children are hospitalized for cancer. Claire’s Army brings meals, gift cards, and services to help families take care of their responsibilities so they can focus on caring for their children.

“We came to Brian at The Dunstan Group with ideas to make the Claire’s Army event something unique,” Emily says, noting that it’s been a challenge to do everything virtually this year. “Brian was so creative, and helped us think through all of these options, with a quick turnaround.” Brian Young, The Dunstan Group’s Director of Business Development, suggested the box of party supplies like drinks, a tumbler, a Spotify playlist, and a gift card to Little Mama’s restaurant. Out of town participants would get hats or T-shirts instead of drinks and the restaurant meal. The extra care made the difference.

“Usually we just place an order with a supplier, and that’s it,” says Emily. “But this feels more like a brand relationship, and they’re going to get involved in what you’re doing and how to best use your resources to tell your story.” Emily also praises The Dunstan Group team for being upfront about supply chain challenges and how to compensate. “They kept track, and kept us posted!” she remarked.

Creativity, service, and relationships – helping Charlotte’s do-gooders, both big and small, even in a most unpredictable year.